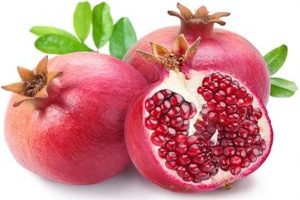 Indian bananas, pomegranate, custard apple and okra will soon be available in Canada as the North American country has allowed their import for the first time. at

“Canada is supportive of opening its market to us, unlike some other developed economies,” said an official aware of the development. Last year, it had allowed entry to Indian grapes. Pomegranate is likely to be exported in good quantities and also fetch good prices.
“It is expected to be a hit ,” the item there,” the official said. The market for okra has been opened on demand from the large and growing Indian diaspora in Canada, the person said. The development comes in the wake of the two countries resuming negotiations for a free trade agreement in goods and services this week after a hiatus of two years with Canadian negotiators coming to India for the talks.
“This move will help create a conducive environment for the talks,” said an industry expert.But more than that, it is good news for Indian consumers as it reflects improved quality of Indian farm produce, the person said. “Canada increasingly opening up its market to us means that more and more of our exporters are meeting their standards.
Canada has allowed import of these fruits and vegetables from India subject to certain conditions. For example, the consignment should be free from soil, pests, leaves and other plant debris. Also, the origin of the material must be clearly identified on shipping documents.
The official quoted earlier said Canada is not expected to import very large quantities of custard apple and banana because it would not be viable to send these comparatively faster perishable commodities to Canada through sea due to the significant distance.