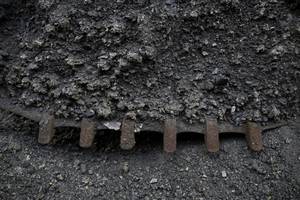 Adani Enterprises shares rallied 8 percent to close at Rs 128.6 on Wednesday as Australian minister said all approvals for Adani Group's USD 16.5-billion Carmichael coal mine project are in place.

Adani group will make decisions on exporting coal from Carmichael mine to India, he added.
Australia's Trade, Tourism and Investment Minister Steven Ciobo said the Adani Group has completed the process and the project would be beneficial for all the stakeholders.
"It is certainly moving forward... I have been made the point that there have been aspects of that investment that have taken much longer than I would have liked or government would have liked. That is the statement of fact but there is a process to be followed," he told reporters today.
Adani will start work on its Carmichael coal project in Australia in October and is expected to ship the first consignment in March 2020, the company has said after the controversy-hit project cleared two major legal hurdles.
The group has for more than five years battled opposition from green groups who say any expansion of the port will cut into the Great Barrier Reef World Heritage Area. The port is to be used for exporting coal to India.
The group has so far invested AUD 3.4 billion on the Abbot Point port and preparatory work for the Carmichael coal mine.
The company decided to move forward on the project after it cleared two more legal hurdles last week with a Brisbane court dismissing appeals filed by environmentalists and a traditional landowner against the venture.
Regulatory requirements for export of Australian Uranium to India also removed, he said. He sees huge opportunities in commercial deals between India and Australia on uranium.
"We are engaging with the Indian Commerce Ministry on free trade agreement. Australian companies seek opportunities in smart cities, health & education sectors in India," the trade minister said.
The rally was also seen in other Adani Group stocks - Adani Power, Adani Transmission and Adani Ports that gained 2-8 percent.