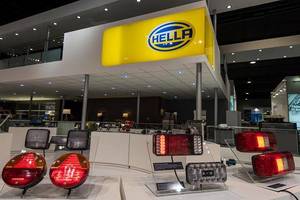 Dhankot-based Hella India Automotive Limited is in the process of setting up a second manufacturing facility at Becharji in Mehsana district of Gujarat. The plant that will go on stream in January 2019 will cater primarily to the requirements of its key customer, Maruti Suzuki India. Hence, its close proximity to the Suzuki Motor Gujarat facility in the state.