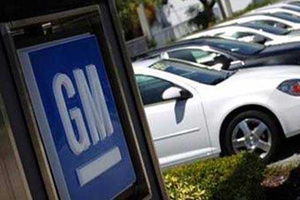 General Motors India announced that President and Managing Director Kaher Kazem will hand over the reins of the company to Chief Financial Officer Sanjiv Gupta from September 1, 2017. Gupta will combine his role as GM India president and managing director with his finance leadership responsibilities. The company announced its exit from the Indian market in May this year and we already told you all about it. GM India will now only concentrate on exports and the cars continue to be built at the company's Talegaon plant in Maharashtra.

Kazem, will become president and CEO of GM Korea. He said, "GM India's transformation is on track. The overwhelming majority of dealers have accepted our transition package, we have begun exports of the Chevrolet Beat sedans to Latin America, and our consolidation of manufacturing operations continues. This is the right time to hand over responsibility to Sanjiv, who will continue to lead the business transformation."
GM's exports from India, mainly to Mexico and Latin America, nearly doubled to 70,969 vehicles in the fiscal year that ended on March 31, so the transformation to India becoming more of an export hub was always on the cards. The Talegaon plant has a capacity of 130,000 vehicles a year and it will continue to export vehicles mostly to Mexico and South America, among other destinations, while GM Korea will ship Korean-made cars to North America, Southeast Asia, Australia and Pakistan.