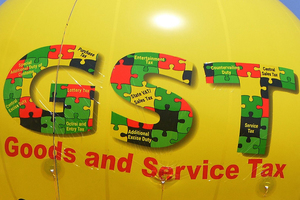 The Chamber of Marathwada Industries and Agriculture (CMIA) along with Federation of Indian Export Organisation (FIEO) will jointly hold a day-long training session on newly introduced Goods and Sales Tax (GST) for exporters and related stakeholders on Friday.

Different aspects related to the GST such as its core meaning, exports in the light of new tax regime, zero-rated supply, claims for different refunds, tax calculation and different documentation required under the new tax are scheduled to get covered during the training session.
"The GST is the most talked about concept today for the entire nation. Once the regime under new tax stabilises, the ease of doing business would be realised. Therefore, making exporters aware about the path-breaking reform can help in reaping desired fruits in the longer run," a CMIA official said.
Stating that exporters were concerned that the GST would dent liquidity in a big way and the compliance cost of exports may go up, the CMIA said that the objective of the training was to educate stakeholders about changes in provisions and procedures of exports under the new tax regime.
The training session will be held at the conference hall of CMIA at Bajaj Bhawan, MIDC Railway Station Aurangabad from 10 am. The organisers have appealed all stakeholders to take benefit of the initiative.