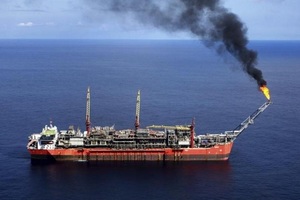 Two years ago, then US President Barack Obama lifted a long-standing ban on export of crude oil to India. The decision is finally coming to bear fruit, as the first shipment of crude oil from the United States worth $100 million reaches the Indian shores next month, after the recent deft diplomacy between Prime Minister Narendra Modi and the current US President Donald Trump opened the gates for Indian companies to import American crude.
Donald Trump had promised to be a “reliable, long-term supplier” of energy to India’s developmental needs, during his maiden meet with Narendra Modi in June. Here are five things to know about the first American crude to hit Indian shores after a ban of over 40 years:
Pool plunge: Indian companies started purchasing crude from the US soon after Donald Trump and Narendra Modi agreed to deepen the engagement in the energy sector. State-run oil refining and marketing giants Indian Oil Corp and Bharat Petroleum Corp placed orders for over four million barrels.
The Indian Oil Corporation (IOC) Ltd placed its first order in July and the second order on August 10. Bharat Petroleum Corp Ltd (BPCL) made its first purchase of US oil, buying high Sulphur crudes Mars and Poseidon. BPCL has bought a cargo containing 500,000 barrels each of Mars and Poseidon for delivery from September 26 to October 10. Hindustan Petroleum Corp Ltd (HPCL) is also looking at buying US crude oil.
Crude security: India, which is the world’s third-largest oil importer, joins the likes of other Asian nations South Korea, Japan and China, which have started buying American crude after production cuts by the OPEC (Organisation of the Petroleum Exporting Countries) drove up prices of Middle East heavy-sour crude, or grades with a high sulphur content. “New breakthroughs! oil shipments from US to India has started,” the Indian Embassy in Washington tweeted yesterday after Indian Ambassador to the US, Navtej Sarna, handed over papers for the shipment to Texas Governor Greg Abbott. IOC Director (Finance) A K Sharma told PTI recently that buying US crude has become attractive for Indian refiners after the differential between Brent (the benchmark crude or marker crude that serves as a reference price for buyers in western world) and Dubai (which serves as a benchmark for countries in the east) has narrowed. Even after including the shipping cost, buying US crude is cost competitive to Indian refiners, he had said.
Trade boost: While the first lot of two million barrels of crude oil is worth $100 million, the bilateral oil trade between India and US could soon swell to $2 billion, given the volume being contemplated by Indian companies. “Opening New Vistas in India US cooperation,” tweeted the Indian Embassy which also posted several pictures and a video of the event.
Consignments of American crude oil left the US shores between August 6-14 and is likely to reach Paradip (Odisha) in the last week of September. “As a top exporter to India with over $2 billion annually in exports and as the nation’s leader in crude oil reserve and production, Texas looks forward to our growing relationship with India,” Texas Governor Greg Abbott said.
Trial period: “We are not looking at any term (or fixed quantity) deal from US as of now. We will tender to buy crude and if the US crude is competitive as compared to others, we will buy it,” PTI quoted IOC Director (Finance) A K Sharma as saying. Over the next 20 years, India’s energy consumption growth is projected to be the fastest among all major economies. And by 2035, China and India will have the largest share of global demand (35 per cent). While this is the first crude oil import from the US, Indian companies have made significant investments in purchasing energy assets in the United States.

Modi-Trump bonhomie, once again: The development was welcomed by Donald Trump in his phone call with Narendra Modi on Monday, on the eve of India’s Independence Day. “In his call with Prime Minister Modi on Monday, President Trump welcomed the first-ever shipment of American crude oil to India…,” PTI quoted a US State Department spokesperson as saying. “The President pledged that the United States would continue to be a reliable, long-term supplier of energy,” the spokesperson said, adding, “During the Prime Minister’s June visit to the White House, President Trump and Prime Minister Modi committed to a comprehensive review of their trade relations with the goal of creating a fair and reciprocal trading relationship and removing obstacles to growth and jobs creation, including in the energy sector.”