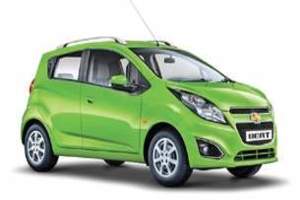 General Motors India on Thursday announced a high-level streamlining of management. Current chief financial officer Sanjiv Gupta will take over the reins of the firm from president and managing director Kaher Kazem, who will go on to become president and CEO of GM Korea.

The changes will be effective from September 1. After the transition, Gupta will combine his role as GM India president and MD with his finance leadership responsibilities, the company said. It also clarified that its plans to wind down sales in India is on track.
“The overwhelming majority of dealers have accepted our transition package, we have begun exports of Chevrolet Beat sedans to Latin America, and our consolidation of manufacturing operations continues,” Kazem said.
GM India has been facing difficulty among its dealers, who have protested its sudden announcement. Gupta will now turn GM India’s focus towards its new strategy.