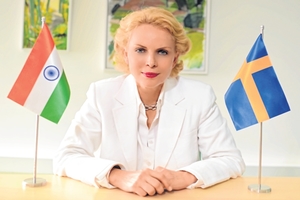 Shortly after India’s independence in 1947, Sweden recognised India as an independent country, following which both Sweden and India established formal diplomatic relations in 1949.