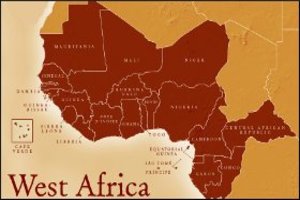 A three-day "Namaskar 2017" exposition, to be held in Accra later this month, aims to brand India as a leading economic player and partner of the West African region and boost two-way trade.

It will help facilitate Indian investments into Ghana and neighbouring West African countries, create awareness about the best Indian technologies and products in the region as well as explore opportunities offered by the region, leading Indian industry lobby Ficci said.
The Indian Ministry of Commerce and Industry in conjunction with the Federation of Indian Chamber of Commerce and Industries (Ficci) are to organise the August 14 to 16 exhibition.
The event is expected to include a business forum as well as exhibition on agriculture and food processing, construction, power, technology and textiles, and education.
The exhibition is a part of "Namaskar Africa", a regional flagship programme that the federation organises in partnership with the Ministry of Commerce and Industry, which it said "started with an India-Central Africa Regional Business Forum in the Republic of Congo".
"Looking at the strong response from African as well as Indian industry, and the demand for increasing the scale of the programme, it expanded to include three critical components of exhibition, conference and business-to-business with an objective of reflecting India's engagement cutting across trade, investment, technology transfer and capacity-building," Ficci said.
These engagements help Indian industry to connect with the private sector, government and related institutions in the country where it is hosted as well as with the neighbouring countries that participate in it, the federation said.
The federation said that in partnership with the Africa Union (AU) and the bilateral chambers/business associations of the participating countries, the initiative rotates in various regions of the continent.
"Successful regional shows have already been held in the central, western and southern regions of Africa. 'Namaskar Africa' in Ghana focuses on the West Africa regional block," it said, adding Ghana is the focus country with participation expected from neighbouring countries like Benin, Burkina-Faso, Cameroon, Congo, Cote d'Ivoire, Gabon, Liberia, Nigeria, Senegal, Sierra-Leone and Togo.
On their part, Ghana and India plan to boost bilateral trade to $5 billion by 2020, an official of the Indian High Commission in Accra told IANS.
The federation said while India figures in the top five import destinations for Ghana, the value of exports from India has been continuously declining over the past five years except for 2013-14.
Imports from Ghana continue to increase leading to a negative trade balance for India.
"Import commodity matrix of Ghana with the top global partners when compared with India's export matrix clearly indicates the potential of Ghanaian market to absorb increased exports from India as well as the ability of Indian industry to export the same," the federation said.
In addition, Ghana has been preparing to implement the regional economic grouping, Economic Community of West African States (ECOWAS) Common External Tariff (CET), a major platform for a Customs Union that facilitates free trade and ensures greater regional economic integration.
Further, Ficci said Ghana has the ability to contribute towards India's energy and food security.
"Sustained efforts are needed to maintain India's lead in this market due to growing presence of other major foreign players."