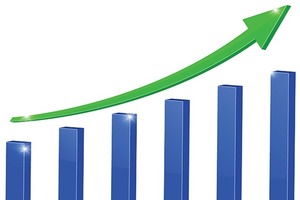 Singaporean lender DBS today said it "suspects" that there has been a change in the stance by the authorities to let the rupee appreciate more, but warned that it can hurt manufacturing and exports.

The competitiveness-related worries can be mitigated by other factors, it added.
"As the rupee strengthens, one question is whether the authorities' stance towards the currency has changed. We suspect it has," the note, which comes amid a 6.8 per cent rise in the rupee this year, said.
It said that both domestic and global factors are resulting in the rupee rise, but pointed out the differences in the official response this time around.
In the past, a strong appreciation in the rupee used to result in a "talk-down" to contain the gains, which is absent now, with officials saying this reflects the economy's improving prospects and positive reforms.
"Gains are being perceived as a sign of strength rather than a challenge to competitiveness," it said, adding that chief economic advisor Arvind Subramanian is in a minority, which has been flagging risks of currency appreciation.
"A competitive currency would have added to the country's allure as a manufacturing destination. This is particularly crucial under the 'Make in India' umbrella," the report added.
The RBI, the note said, has been "more tolerant" of the rupee strength and has focused its interventions to minimise volatility, rather than defending a particular level. The rupee strength on real/nominal effective exchange basis is not seen as a constraining factor, it said.
Flagging the risks of the appreciation, it said a strong currency is a "threat" and it may hurt manufacturing and exports. "Service exports are more vulnerable, given the limited scope of imports-dependency. A strong rupee is negative for exports and poses a threat to IT exports, eating into profit margins."
The note said generally, the impact on exports shows with a lag of three to four quarters. In what can be a positive, it said, the import content of exports grew to 25 per cent in 2010-11 from under 10 per cent in the 1990s.
However, sectors like gems & jewellery with low import dependency and higher labour intensity are more sensitive to rupee movements.
It said there are positives from a stronger currency, like it being positive for inflation, citing RBI estimate that says a 5 per cent rupee rise leads to a 0.10-0.15 per cent decline in the headline inflation.
Imports will also be cheaper, which is a positive for consumers' purchasing power. On the factors that can mitigate, it said strength in global demand matters and additionally, commodity prices have also helped this year. "Factors that improve productivity and thus lower costs of manufacturing/ exports are also important - labour costs, logistical constraints, quality considerations, ease of doing business, tax systems and the regulatory environment," it said, adding work is happening on all these.
Giving its outlook, the note said the appreciation may continue on the back of a weak dollar and domestic positives. It also warned that an inflows-driven rally in the currency also runs the risk of reversal should the risk sentiment weaken unexpectedly.
It can be noted that in 2013, the rupee was one of the worst performing currencies in the world following the 'taper tantrums' by the US Fed which led to massive outflows from the country and the rupee falling to a life-time low of Rs 68.85 to a dollar in August that year. AA BEN NP