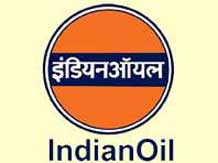 Having established itself as a major fuel retailer in Mauritius, India's leading public sector oil company IOC is planning fresh investments to expand its capacity in the island nation.

Besides, it is also looking to expand into other African markets by making Mauritius as its base for the region, IndianOil Mauritius Ltd (IOML) Managing Director Ranjan Kumar Mohapatra said here.

IOML is a wholly owned subsidiary of Indian Oil Corp Ltd (IOC), a leading PSU and the largest oil company in India. It entered Mauritius in 2002 and began operations in 2004 after setting up terminals and other facilities.

"Yes, we are trying to make Mauritius a base to enter Africa. In the first phase, we would like to take our lubricant product Servo to Africa.

"Currently we are not exporting anything, but we being a Free Port entity in Mauritius would have significant benefits once we start exporting to Africa," Mohapatra told PTI in an interview here.

A Free Port entity in Mauritius gets various tax breaks for operating from the country's ports for exports to Africa.

"Mauritius has been always considered as a gateway to Africa and we must capitalise on this. Unlike many African countries, the systems are very well laid out here with a level playing fields for everyone and having a base in Mauritius would help in doing business in Africa," he said.

Asked about investment plans in Mauritius itself, Mohapatra said IOML's turnover rose to MUR 7.2 billion in the last fiscal and the company plans to invest MUR 175 million (over Rs 31 crore) in the current fiscal year 2013-14.

One Mauritian Rupee (MUR) equals to about Rs 1.78.

"We will be building tanks for increasing our aviation fuel facility. Besides, we would also like to expand our filling station network both in terms of numbers as well as in terms of facilities. In addition, there would be some other small investments there this fiscal," he said.

"Hopefully, we would be able to increase our market share following these investments," he said.

IOML has 18 filling stations in Mauritius and is also a major supplier of aviation fuel with almost 49 per cent market share in this segment. Across all petroleum products, it has an overall market share of 23.4 per cent, Mohapatra said.

"In aviation fuel segment, there are further growth opportunities. Although our market share is already close to 50 per cent, we have been constrained to some extent due to lack of sufficient tankage facility and the investment in building the new tank would address that issue," he said.

IOML chief said the company started making profits from the very first year of operations here and it has been a debt free company for the fourth year now.

"For the last fiscal, we recorded profit before tax of MUR 148 million and profit after tax of 122.3 million, as against 117.1 million last year," he said.