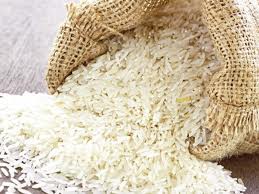 India could export 8.3 million tons of rice this year, making it the world’s leading rice exporter for two years in a row, the Food and Agriculture Organisation (FAO) said today.

“We estimate that at he end of this year, India will remain the number one rice exporter, with Vietnam and Thailand slightly behind with 7.8 and 7.7 million tons, respectively,” said Hiroyuki Konuma, FAO’s regional representative for Asia.

“This will be the third year of bumper harvests for rice in Asia,” Konuma said.

The FAO attributed the increased production to good weather and Government price supports for farmers in India and Thailand.

Thailand, which offers farmers a fixed price of about $ 500 per ton of rice, was hoping its price support scheme would boost international rice prices while bolstering farmers incomes.

But the FAO said benchmark international rice prices had fallen 4 per cent in the first four months on 2013.

“The large stocks accumulated by the Thai Government through the paddy-pledging programme weighed on market sentiment,” the FAO said.