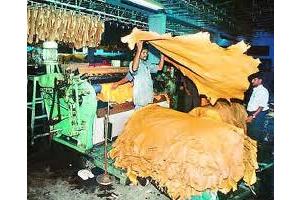 The Indian leather industry holds a prominent place in the Indian economy as one of the top ten foreign exchange earning sectors, said  Minister of State in the Ministry of Commerce and Industry Dr. D. Purandeswari.

"This sector is known for its consistency in high export earnings and is among the top ten foreign exchange earners for the country. It is an employment intensive industry, providing jobs to about 2.5 million people, mostly from the weaker sections of the society," said Purandeswari in a written reply to a question in Rajya Sabha on Wednesday.

India accounts for a share of close to 3% of global leather import trade.

With an annual turnover of over US $ 7.5 billion, the export of leather and leather products increased over the past decade and touched US $ 4.86 billion in 2011-12 with a cumulative annual growth rate of about 8.22% (5 years), the minister informed.

Commenting on Incentives and facilities provided to leather based industries under the Indian Leather Development Programme (ILDP), Purandeswari said that they are not provided state wise.

"However, for the skill development of the leather sector work force, training is provided under the sub scheme of Human Resource Development. During the Eleventh Plan 50,250 persons were provided training out of which 41486 were placed in the industry. Rs. 44.88 crore was released for the same," she said.

"Further, Department of Commerce is administering Assistance to States for Infrastructure Development of Exports (ASIDE) Scheme as per ASIDE guidelines with the objective to involve the states in the export effort by providing assistance to the State Governments for creating appropriate infrastructure for the development and growth of exports.

The outlay of the scheme has two components: 80% of the funds (State component) and 20% (central component), she said.