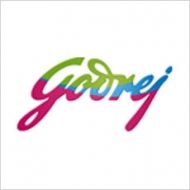 Godrej group company Godrej Security Solutions (GSS) Tuesday said it is aiming to clock 27 percent growth in business to more than Rs.925 crore during this financial year and concentrate more on new markets such as Singapore, Malaysia and Vietnam.

The company is also expecting about 30 percent year-on-year rise in exports to Africa in the next three years.

"In the last financial year, we had a turnover of Rs.730 crore. This year we are eyeing 27 percent business growth over that," Mehernosh B. Pithawalla, assistant vice president and head-marketing, told mediapersons here.

Pithawalla, who was in the city to launch the firm's new product 'Matrix with I-Warn', a home safe with an in-built alarm system, said his firm hopes to increase exports by 30 percent in the next two to three years.

"Africa has been a very good market for us. We expect 30 percent business growth there in the next 2-3 years."

The company is currently exporting products to more than 55 countries, including Middle East, Europe, US, Africa and SAARC countries.

At present, the firm exports close to eight-nine percent of its total sales and a majority of it currently goes to Middle East, Africa and Europe.

"Going forward, we would like to export about 12 percent of our total sales in the next three years," Pithawalla said.

He said that in the home security segment, the company was expecting about 38 percent growth in this financial year to Rs.120 crore.

Pithawalla said the firm, a division of Godrej & Boyce Mfg Co, was witnessing a lot of demand growth in the country's tier II and III cities and it would increase its retail footprint across the country, raising the number of outlets to about 6,000 by this fiscal-end from the current 4,000.