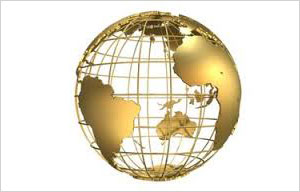 Africa’s burgeoning middle class and consequent increase in disposable income becoming increasingly attractive for yield-chasing multinational companies.
That ubiquitous McKinsey & Company report from two years ago which said Africa’s consumer spending would reach $1,4tn in 2020, spurred not only a wave of Afro-optimism, it announced to the world that Africa was open for business.
The continent, long shrouded in scepticism and instability has become a modern day mecca for consumer-facing multinationals in search of higher yield.
“Africa’s emerging middle class and favourable demographic structure is expected to result in a major increase saving and investment rates, trigger a spike in disposable income and create a new and vibrant consumer class, all of which will provide ample opportunities for corporates to engage in business activities on the continent,” Ronak Gopaldas, sovereign analyst at RMB says.
Bruce Layzell, General Manager New African Markets at Yum, the owners of brands including KFC, Taco Bell and Pizza Hut, says Africa is giving people the ability to get in on the ground floor of its development.
“Things are just starting to boom, so if you go now you’re going to enjoy massive upside and if you wait much longer its going to be very crowded and much more difficult to get in there,” he says.
Yum, which is considered the world’s largest fast-food restaurant company, hopes to open 130 KFC stores in Africa this year, Keith Warren, MD, KFC Africa says.
Local player Famous Brands, whose portfolio includes Steers, Wimpy and Debonairs Pizza already operates in 15 African countries.
CEO Kevin Hedderwick says the group’s strategy with regards to Africa, is to “think deeper rather than go wider.”
“We want to focus on markets where we currently have representation. We’ll probably end the [financial] year adding about 45 new restaurants in Africa,” Mr Hedderwick says.
In Africa, drinks giant Diageo has seen annual sales rise 15% over the last five years.
And the London-listed maker of Johnnie Walker whisky expects growth in its biggest emerging market region to accelerate beyond this figure.
One of the main driving forces behind Africa’s growth spurt is the increasing pace of urbanisation and consumerisation.
Research from the Economist Intelligence Unit predicts that by 2050, 63% of Africa’s population will be urban.
“As Africans flock to the cities, and disposable incomes rise, their demand for modern goods and services such as telecommunications and banking services will accelerate,” their “Africa: Open For Business” report reads.
Telecoms players were among the first to spot Africa’s potential.
The world’s 5th largest mobile operator by subscribers, France Telecom, which has operations in 18 African countries through its key brand Orange, has set a target to earn €7bn in revenue from its emerging markets by 2015.
Mr Gopaldas says cheap mobile broadband, a proliferation of feature phones and Internet-connected hardware means that information can be disseminated quickly and accurately in viral form.
“This provides a major opportunity for financial services sector, with the likes of FNB seeking to grow their product offerings across a number of jurisdictions on the continent,” he adds.
Retail players are also one of the biggest beneficiaries of Africa’s consumer boom.
Walmart’s acquisition of a 51% stake in Massmart is its ticket into Africa.
And its unlikely that it will be the last global heavyweight to enter Africa.
“If I had to put money on it, I’d say Tesco will be the next … but not anytime soon. If the opportunity presented itself, I’m sure they wouldn’t turn their noses up,” Natalie Berg, research director at Planet Retail says.
South African retail giants are already cashing in. With the largest footprint among SA’s retailers, Shoprite has earned its stripes as continent kingpin.
Part of Shoprite’s success is owing to its first mover status – it’s been trading in various African countries for well over 18 years.
Rival Pick n Pay has three openings planned for next year – in Mozambique‚ Zambia and Mauritius.
Nigeria’s decision to lift a ban on imported textiles unleashed a flurry of excitement among clothing retailers, and construction spurred by the need for formal retail experience in key cities is also driving the country’s retail boom.
Foschini is in the midst of an aggressive expansion that will see it adding 57 new stores over the next three years in countries like Nigeria and Mozambique.
Now, while rich-pickings are clearly there, they must be tempered with the reality of doing business, as risks do exist – Africa is a tough but lucrative market to trade in for formal retail operations.
Lack of infrastructure, limited access to real estate and energy supply affects businesses, as does the volatile currency risk.