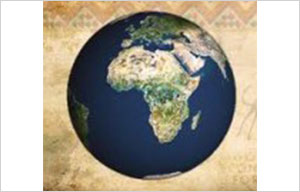 Africa, previously the poster child for poverty, famine, disease, decaying infrastructures, corruption, conflict, crime and brutal violence, is now a continent where wise investments can offer high rates of return, as the 54 different nations that inhabit it enjoy a prolonged spurt of economic growth. Its vast mineral wealth, together with the infrastructural developments taking place, have made Africa increasingly attractive to foreign investment.
"The truth is that Africa is the final frontier for major global business opportunities and growth," says Louise Robinson, sales director of Database 360.
"Investors and businesses that continue to ignore Africa are missing out on a vast untapped market, with an abundance of investment opportunities across many different sectors and industries," says Robinson.
A global economic force
Robinson believes that the continent's potential to become a global economic is a force to be reckoned with does not stem from a misguided loyalty or blind patriotism. The facts and figures back her up.
Over the past decade, Africa's GDP has grown by an average of 4.7% per year - at twice the pace of its growth in the 1980s and 1990s. These findings were made by McKinsey & Company following an in-depth analysis and micro-level study of Africa's economies and consumer markets.
"Africa largely escaped the recent global recession. In fact, Africa - along with Asia, excluding Japan - were the only regions to actually experience economic growth during that time," says Robinson.
Africa - once called 'the hopeless continent'
"The Economist once called Africa 'the hopeless continent', but after it experienced a GDP growth of 5% during 2010, the magazine promptly rebranded it as the 'hopeful continent' and it is now one of the fastest growing regions in the world."
It has been predicted that if Africa continues to maintain that growth rate, consumers will be spending approximately $1.4 trillion worth on goods and services by 2020. And the International Monetary Fund (IMF) also forecasts that between now and 2015, Africa will be home to seven of the world's fastest growing economies, with Ethiopia topping that list.
"This is why the World Bank has been investing millions into Ethiopia, including a recent approval of a loan of US$684 million to fund a thousand kilometre long transmission line that would supply power to Kenya from Ethiopia's Gibe III dam," explains Robinson.
Africa - the 'hopeful continent'
She adds that despite its size, Africa offers a relatively small market as business across the continent is still largely in its infancy, so it is imperative for those looking to invest to do so sooner rather than later.
"The Chinese have become economically involved in every country in Africa, and if you don't get in now, you may as well not even try later - the first in will have the best opportunities."

For private investors and businesses that still need convincing, Robinson presents the following: "Data collected by the UN indicates that Africa offers a higher return on investment than any other emerging market. This is because fewer foreign companies have a presence here, therefore there is less competition. There is also plenty of consumer demand for goods and services."