This year, Iran will procure higher supplies of Indian soyameal - estimated at 0.8 million tonnes by March 2013 and 0.75 million tonnes during the leaner season of April-September 2013.

This is despite the crop of beans in Brazil, Argentina and the US that will be harvested and crushed from April onwards.

Notwithstanding that South American prices are about 10-15 per cent cheaper now and future charts are displaying signs of further weakness in values in the coming months, India geographically enjoys an inherent freight advantage with the West Asian countries vis-a-vis South America.
INDIA’S ADVANTAGE

For February-March 2013, an export of 3,00,000 tonnes (or 1,50,000 tonnes/month) is expected. The trend may continue, as Iran’s public and private sectors intend to aggregate more than adequate stocks for their food-related items to meet any exigencies.

Prior to February 6, 2013, India’s crude import from Iran was a mix of payments in hard currency and rupees in the ratio of 55:45.

Thereafter, US’ stringent enforcement of sanctions mandated international trade with Iran in local currencies — with zero component of dollars or euros, except on humanitarian grounds for food and medicinal purposes.

Since dollars or euros may not be adequately available when Iran’s crude exports are squeezed, import of foodgrains, meal and edible oil cannot easily be transacted from the American hemisphere, unless the goods are bartered.

The scarcity of foreign exchange with Iran can be inferred from the weakening of its local currency.

The Indo-Iran bilateral rupee payment arrangement, which now provides for 100 per cent rupee trade, will ensure substantial diversion of trade to India with an added pull for soyameal.

China and Iran, too, have a local currency arrangement, but China holds a surplus in trade with Iran, whereas Iran has a $12-billion surplus with India. Iranian glut of rupee funds is already banked with India’s UCO Bank.
Soyameal SCENARIO

Iran has to cover its demand of meal for its livestock and has few sourcing options other than India. Even basmati rice exporters are enlarging their export basket by pushing soyameal exports.

The advantage here is that Indian sellers and Iranian buyers of basmati rice are familiar with the procedural pattern of Indo-Iran trade and payment mechanism due to four years’ experience in trading the “1121” variety of basmati rice.

Tentatively, shipments of an “additional” one million tonnes to Iran are not ruled out for the April-September 2013 period.

Decline in soyameal shipments to Japan and Vietnam this year may, therefore, be compensated.

Exports of about 4 million tonnes (1.5 million tonnes to Iran and 2.5 million tonnes to other destinations) are achievable in 2013-14, out of total production of about 8 million tonnes. Farmers and producers who held back beans or accumulated inventory of meal in anticipation of better realisation due to Iranian purchases may also have to contend with the falling trend in world prices, which will be a limiting or negative factor.

World soyabean prices are estimated to fall by 20- 25 per cent in the next two quarters. Trading profits are thus a challenge and depend upon corporate ingenuity to manage local procurement efficiently.

MNCs, who may have otherwise sourced soyameal for Iran from South America in April-September, have also diverted their business through Indian intermediaries or sister companies based in India. More action in this segment can be expected.

Exports of value added non-traditional items such as soyameal, which is undertaken by private players from open market, will be welcomed by the Indian Government. More crushing of beans will yield more oil, lowering prices of edible oil and bringing down imports.

The soyabean industry, which has flourished in Madhya Pradesh, has been insulated from any direct or indirect policy intervention by the Centre, unlike wheat, rice, maize, pulses, edible oil.

There has not been a ban or restriction on exports, even in the event of prices of beans showing an abnormal rise, as was the case last year. Madhya Pradesh needs to incentivise production of oilseeds or pulses over wheat.

There were some teething problems in 2012 under the Indo-Iran arrangement, causing inordinate delay in disbursement of funds by UCO Bank.

These bottlenecks have now been fixed and authorisation of “debit advice” to UCO Bank for effecting payment is received from Iranian counterparts within 7-10 days, subject to the documentation being compliant with terms of letter of credit.

Moreover, Indian exporters/traders have undertaken additional precautions of insisting on substantial advance payment at the time of contract and the balance upon completion of the shipment.

Therefore, soyameal trade with Iran is an opportunity waiting to be exploited. 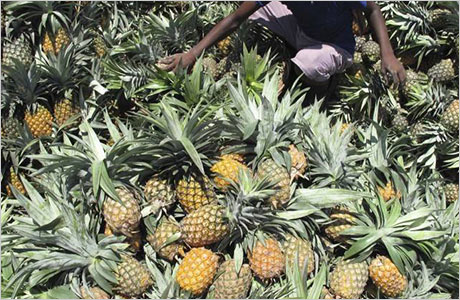 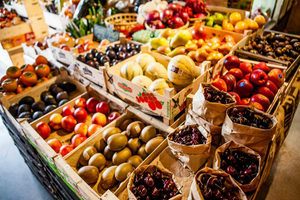